Automation technology has dramatically advanced over the past few decades. According to the Robotic Industries Association, “Robots have become faster, more accurate and more capable of automating a wider range of tasks. Vision technology has become cheaper, faster and more intelligent over the years too.” When combined, it should come as no surprise, then, that these two automation technologies have proven beneficial to manufacturers in virtually every industry.

What is Vision-Guided Robotics?

The basic concept of a vision-guided robotics (machine vision) system is straightforward: a camera takes a picture of an object and analyzes the image to send precise coordinates to a robotic arm so it can make a move to the desired position. Within this system, there are two main components: an industrial robotic arm and an industrial vision system. 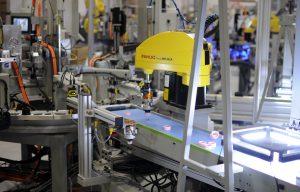 Industrial robotic arms provide programmable motion to pick-and-place a part at the desired location. The arms’ capabilities are robust and can easily be customized, which include but are not limited to: 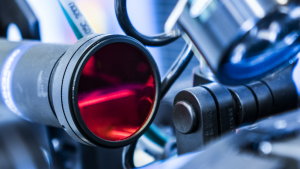 Industrial vision systems are comprised of a camera that can be integrated with machine vision and image processing software. Both the camera and the software can be customized to quickly and easily recognize parts by taking a picture and analyzing the image.

Cameras are available with many different resolutions, image processing speeds, and colors (including black and white). The engineers at Steven Douglas Corp. (SDC) are experts in selecting the best lighting and type of camera lens to generate an image that best depicts the part to analyze. For example, rather than shine a light facing down on a part, our engineers changed the angle to back light the part for an application where the camera needed to see the silhouette of the part. In this way, the outer shape of the part could clearly be identified with no shadows. In another recent example, SDC was tasked with inspecting for black grease on a part that was black in color, which made detecting the grease on the part, challenging. SDC’s solution involved leveraging the unique spectrum of an ultraviolet light to allow the grease to glow, so the camera system could easily verify and inspect the amount and location of grease on the part.

Vision-guided robotics commonly integrate with automated assembly machines and material handling systems. At SDC, we have used vision-guided robotic systems to assemble microscopic components to micron-level precision as well as larger parts that are several meters in size. Throughout our 20+ years of experience, we have successfully implemented machine vision technology on many projects, some of which involve:

Contact SDC today if you have an automation project that may be a candidate for vision-guided robotic technology. In the meantime, check out some of our past projects. 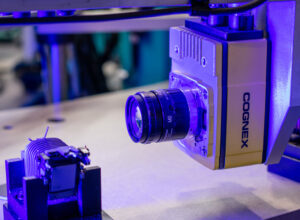 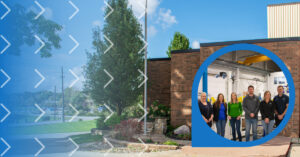 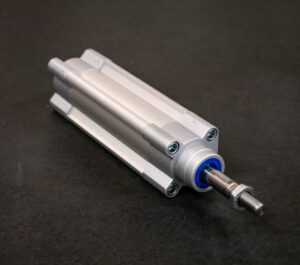 Understanding the 3 Types of Mechanical Actuators: Pneumatic, Hydraulic and Electric